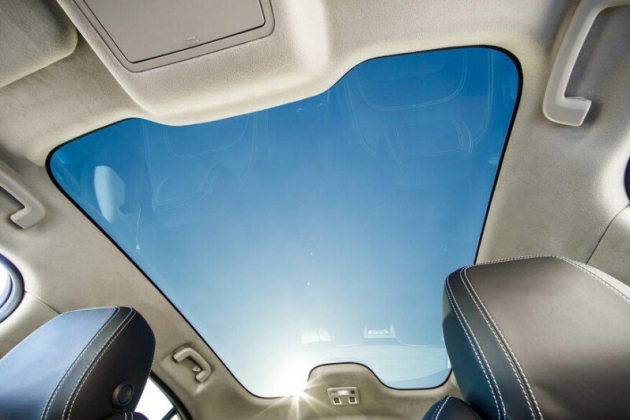 The first de-airing system in the world, able to process Windshields, Sidelights glass and Sunroofs produced with ULTRA-THIN glass and multilayers, as PVB-PDLC-SPD-XIR

Flexible productions, which allow model changes without any interruption of the process.

An important IOCCO’s contribution in the manufacture of systems for the air extraction during the lamination of windscreens, laminated sidelights and sunroofs is the notable improvement for both concept and fabrication of vacuum bag furnaces.

In fact, recently the R&D of IOCCO has conceived a new furnace that represents the evolution of those ones built and installed in the past.

Thanks to said evolution, in its various configurations the new vacuum bag furnace allows to:

Hence the idea to develop a single system capable of responding to these fundamental trends.

The automation & control section has been completely redesigned with numerous implementations; now the new system allows easy management (user friendly) in the face of a more complex software that manages the process.

In this new version, the system is able to understand any thermodynamic anomalies, then to stabilize the process according to the new parameters, thus allowing a production continuity up to its total recovery.

The application of a new thermoventilation system has allowed the whole system to contain its dimensions in height, so that it can be installed even in the buildings where up to now it wasn’t possible.It should be noted that this new system involves significant energy savings, allowing for the first time to manage the real transfer of energy in accordance with the data suggested from the interlayer suppliers.

Another important advantage is the possibility to install an additional module for energy recovery which, together with the use of dedicated inverters and more performing insulation, as well as further implementations, have made possible to drastically reduce operating costs to the benefit of the processed products.

Glasstec 2022   One place, one mission: make glass industry together!   Thanks to all of you...

Have a blessed Easter! May this holiday bring you a renewed hope for a better tomorrow. Team IOCCO

HAPPY NEW YEAR   May this New Year continue strengthening the bond of mutual trust and respect that...

Happy Holiday Season   2021 was a year full of news and changes, Thanks to the trust of...

Further increases its capability The new production unit composed by three spans, is optimized to realize up to three...

A significant step forward in de-airing technology The first de-airing system in the world, able to process Windshields, Sidelights glass and Sunroofs...