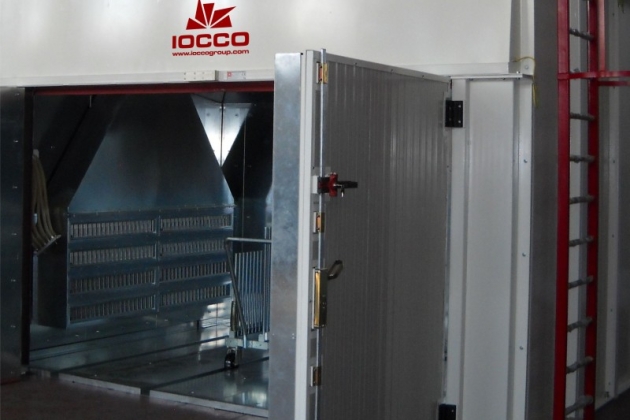 First prototype has been delivered to an international First-Tier Glass maker and in particular to its R&D Dept.  to develop new technology to process different types of windshields and sidelights simultaneously.

In fact, the big flexibility of the machine allows to process in small scale various and different de-airing cycles for laminated parts by acting with continuity on vacuum levels and temperatures, the two fundamental parameters for the laminating process. The aim is to identify on the first prototypes the best process that will be then reproduced in large scale on the series productions.

This is not the only one applications allowed by this kind of technology indeed the new furnace is also useful for the glass makers having small production lots or needing to change glass models repeatedly.

Another possibility to use this small de-airing furnace is from the aftermarket Glass Maker (AGR) which is demonstrating particular interest for its lamination processes.

Furthermore, this technology enables the glass maker to process different types of windshields and sidelights simultaneously.

The ability to build a de-airing process tailored on the product makes this technology fundamental in the production of high-tech laminates.

Another important point to highlight is the possibility to perform the de-airing cycle using the technologies of bags or rings.

Actually such new technology fully satisfies the technological requirements of glass makers which expect customizable processes for each model with parameters continuously monitored.

This is a very important advantage because, as the car and glass makers are fully aware, said anomaly originates the phenomenon consisting in the early de-lamination of the glass edge.

HAPPY NEW YEAR   May this New Year continue strengthening the bond of mutual trust and respect that...

Happy Holiday Season   2021 was a year full of news and changes, Thanks to the trust of...

Further increases its capability The new production unit composed by three spans, is optimized to realize up to three...

A significant step forward in de-airing technology The first de-airing system in the world, able to process Windshields, Sidelights glass and Sunroofs...

Happy Easter Wishing you a very Happy Easter that is filled with plenty of happiness and hope. IOCCO...

Wishes for happy moments We are crossing times of global changes, growing networking and new challenges are concerning the...

New devices used by IOCCO in COVID-19 Given the rapid spread of COVID-19, and the consequent implementation of the containment procedures adopted...